Emergency planners prefer evacuation routes that avoid the hazard, but in Orting there is no alternative. Since Orting sits between two rivers, the only way out of town is over bridges crossing the rivers (yes - just like in the 1997 Universal movie Dante's Peak for those who saw it). If people do not get across the rivers before the bridges are destroyed - they will not be able to get to safety.

Scott Fielding decided the best way to evacuate 3,300 people in less than 30 minutes was to split the town into two sections. The southern side of town follows the pink line on the map and crosses the Puyallup River traveling west to the Pierce County Fair Grounds. The northern side of town follows the red line on the map traveling north and crossing the Puyallup River just before its junction with the Carbon River and travels to the South Hill Mall (Evacuation, 1995:4). These two sites have been designated as "receiving centers" for families to reunite.

In January of 1996 each household in Orting received a copy of the town's evacuation plan. As new people move into Orting, they receive a plan when they order utility services. What they receive is a double-sided sheet of paper. One side is a map of the town and surrounding areas with the evacuation routes outlines. The other side of the paper explains what to do in an evacuation. Officials asked people to place the plan somewhere where it would not be lost and could be found in a hurry - like taped to the back of the front closet.

Although Fielding has wanted to hold practice evacuation drills, no drills have taken place, and if they were planned, he does not think many people would participate. The school district, on the other hand, has developed a plan and has practiced it many times.

In the town of Orting, all three schools are located on the same campus; therefore, they only have to plan one evacuation route for all the students.

This evacuation plan has been practiced many times, and so far the record for getting all school children into vehicles and ready to depart is 10 minutes - before they begin the 4 mile drive to the safety zone.

In addition, school officials are working on obtaining funding to build a footbridge across the Carbon River. The bridge would give students immediate access to higher ground without having to load into cars and buses. This would get students out of the danger zone even faster (Smith 5/98).

Fielding feels confident that the students will be able to get to safety in any situation. He also feels good about the possibility of all citizens reaching a safe zone in the event of a eruption, but it's the unannounced lahars not associated with an eruption that worry him. 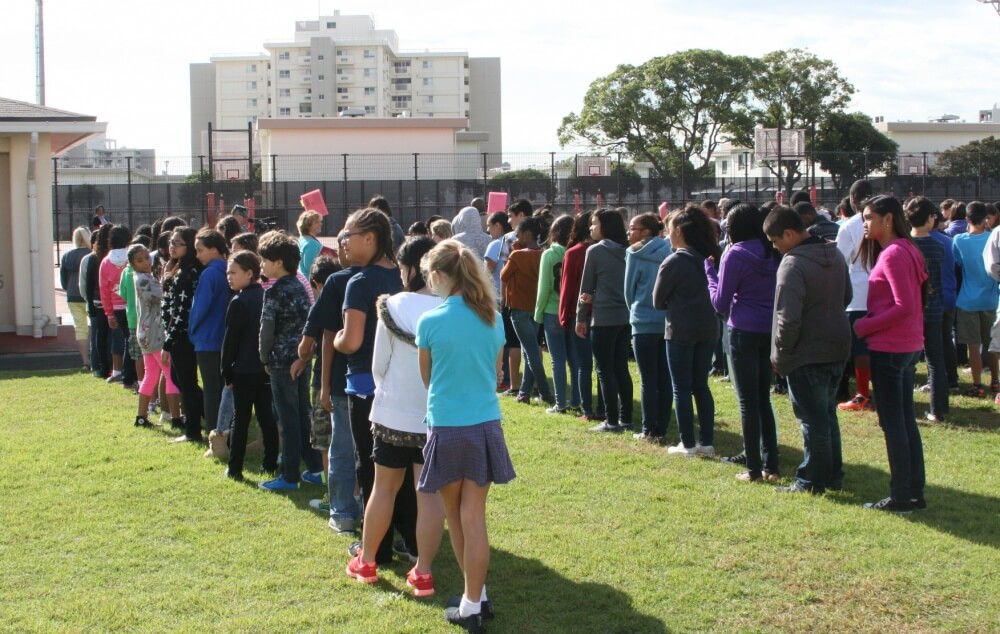 Next:
Continue with Public Perception